A trip to Rostov Velikiy

A trip from Moscow to Rostov and back takes ten hours altogether. Rostov Veliki ( the Great) is a small picturesque town ( 190 km from Moscow), one of the oldest on the Golden ring route. It rises like a vision among the boundless expanse of Russian province. A wonder town on the shore of Lake Nero, magnificent in any season. The history of the settlement goes back to the year 862, but real fame came to Rostov in the 17th century, when it became one of the major centres of Orthodox religion and Kremlin was constructed, to become a masterpiece of architecture arousing universal admiration. Although the town was repeatedly exposed to invasions and destruction, the number of architectural monuments, which reached our days is amazing. Encircled by powerful walls, the Kremlin dominates the town with its white towers and cathedrals, with their unique and fascinating domes. Apart from its wonderful architecture Rostov is one of the centres of Russian craftsmanship. For centuries the town has been famous for Russian coloured enamels made on copper. City tour includes a visit to the Kremlin with access to the wall passages and to the museum of Rostov enamel, known as “finift’”. 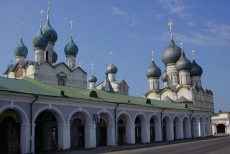 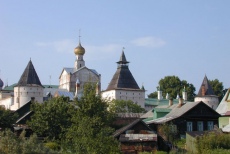 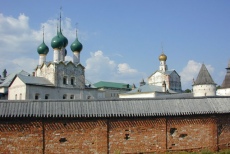 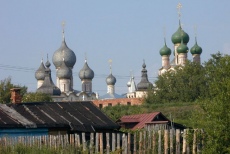