A trip to Vladimir, Bogolubovo. The Church of the Intercession on Nerl

A trip from Moscow to Vladimir, Bogolubovo and back to Moscow takes 10 hours altogether. Vladimir is located 180 km to the east of Moscow. It is a town of a thousand-year history, the capital of Russian state in the twelfth century. City tour in Vladimir includes the oldest monuments of Russian white-stone architecture of the twelfth century, including the Assumption cathedral, one of the most historically important Russian Orthodox Churches and a short visit to two local museums. A small settlement Bogolubovo lies 15 km east of Vladimir city. It was founded by and named after a legendary Prince Andrei Bogolubsky, who after 1157 began active construction of churches, living quarters, and towers. Several years later Andrei was assassinated on the steps of his house. Later, in 13th century, a new monastery was established to honour Andrei. The true treasure that has reached our time is the Church of the Intercession located at a distance of couple kilometers from Bogolubovo. The slender silhouette of the white-stone masterpiece is reflected in the waters of the river Nerl, on the bank of which it was erected in the 12th century. Church of the Intercession is enchanting in its simplicity, clean lines, the harmony of proportions, and rich stone carved ornaments. No wonder it is on the UNESCO World Heritage list. During the tour we visit two museums in Vladimir, Monastery in Bogolubovo and the Church of the Intercession on the Nerl river. 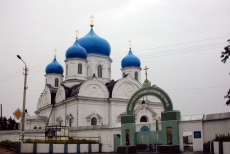 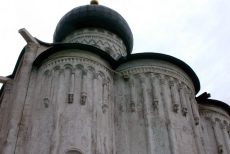 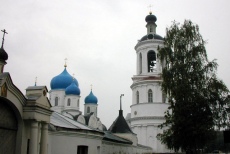 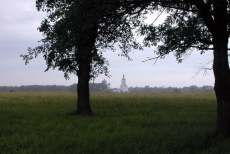