A trip to Vladimir and Suzdal

A trip from Moscow to Vladimir, Suzdal and back to Moscow takes around 10 hours altogether. Vladimir is located 180 km to the east of Moscow. It is a town of a thousand-year history, the capital of Russian state in the twelfth century. City tour in Vladimir includes the oldest monuments of Russian white-stone architecture of the twelfth century, including the Assumption cathedral, one of the most historically important Russian Orthodox Churches and a short visit to two local museums. Then, we proceed to Suzdal, which lies 38 km from Vladimir. Suzdal is one of smallest town on the Golden ring route, but contains more examples of architectural monuments than any other. With the history going back to 1024 it stayed aside from industrial development and still retains the look of a charming village with fascinating panoramas. Within a small area there are four monasteries and several dozens of Russian Orthodox churches built in different times in different styles. Local museum of Wooden Architecture and peasant life is one of the best known in Russia. The tour in Suzdal includes the Kremlin, the Monastery of Our Savior and St. Euthimius and four local museums. 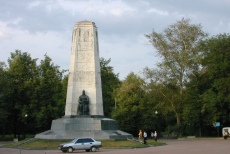 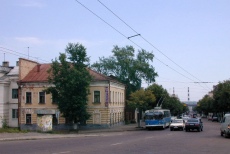 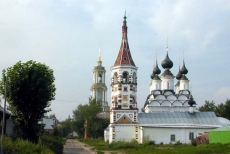 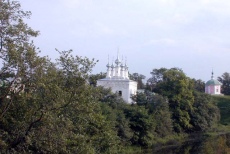