A trip to Vladimir

A trip from Moscow to Vladimir and back takes about 10 hours altogether. Vladimir is located 180 km to the east of Moscow. It is a town of a thousand-year history, the capital of Russian state in the twelfth century. Its history began in 1108, when the legendary Prince Vladimir Monomakh built a mighty fortress to protect the boundaries of ancient Russian state. Had it not been for the Mongol’s invasion, Vladimir might be Russian capital today. The Assumption Cathedral and Cathedral of St. Demetrius built in the twelfth century are among the earliest examples of Russian white stone monuments. Today they are on the UNESCO World Heritage list. The Assumption Cathedral is one of the most historically important Russian Orthodox Churches. The interior of the cathedral includes a number of ancient frescos from late 12th century and 15th century , the latter being painted by Andrei Rublev and Daniil Chyorny, two major icon-painters of Russia. Apart from the twelfth century architecture city tour includes visiting two local museums. 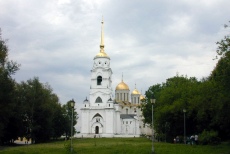 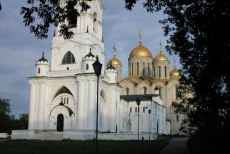 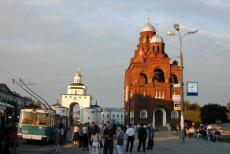 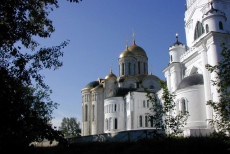