Opening days: open daily, except Tuesday and the first Monday of every month, 10.00am-5.15pm

Walking around the Convent grounds: the Gate-Church of the Transfiguration, Bell-tower, chambers of Irina Godunova and Tsarevna Sofia, tombs and a family chapel, the Cathedral of Our Lady of Smolensk.

The New Maidens’ ( Novodevichiy) convent is one of UNESCO's World Heritage Sites. With attractive red-white crenellated walls and golden domes it is undeniably the most beautiful religious architectural ensemble in Moscow. The Convent was founded in 1524 to commemorate the recapture of Smolensk. For centuries it played an important role in Russian politics especially in the times of Boris Godunov, Peter I and Tsarevna Sofia. Most of the nuns were high-born and their bequests made the convent the major landowner. The New Maidens’ Convent was shut down in 1922 and turned into a museum. Although today it is once again a convent it is open for visitors. 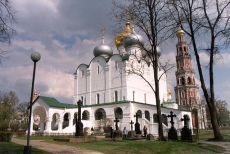 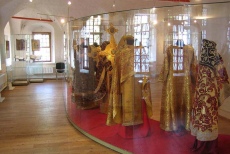 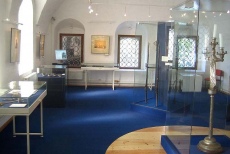 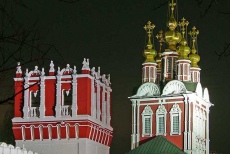