Projecting of the object began in 40s of last centuryto the order of I.V. Stalin. Then existed bunker (called "The Bunker of Stalin" nowadays) was not qualified as anti-nuclear so it was decided to build the proper one. In 1956 the object with the general square of more than 7000 m2 was taken over by the state commission. Bunker-42 is the outpost in the capital center which used to be in charge about 30 years providing security in case of nuclear attack.

Every day from 100 to 600 people worked in the object for being in ready alert of providing with the telephone and telegraphy communications. The number of the total staff was more than 2500 people.

In 60s Bunker-42 was completely equipped with all requires in case of nuclear attack. The store of food, fuel, air regeneration and vent filter systems, a water supply system could provide the staff to be in ready alert during several months.

At the end of 80s graduated reduction in tensions of nuclear confrontation became and Bunker-42 had lost its key value of defense potential support of the country.

Now it is a fully independent object with own power supply and communication systems and it's ready to withstand all nuclear attacks.

Within an excursion you will pass in the Bunker's secured tunnels, view the weapon models and communications equipment of Armed Forces of the USSR. You will watch a documental film about a period of the Cold War between the USSR and the USA. 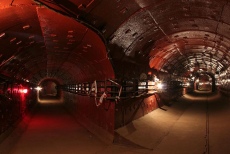 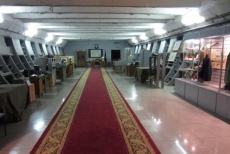 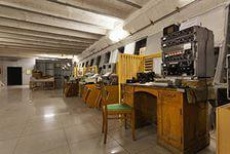 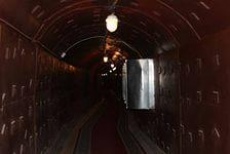