The Diamond Fund of Russia

The Diamond Fund of Russia is part of the State Fund of Precious Metals and Precious Stones, a permanent exhibition of valuables open to public. The exhibition is housed in the State Armory in the Moscow Kremlin.

Peter's gem collection, established in 1719, was later stored in the Diamond Chamber in the Winter Palace. All succeeding monarchs added their contributions to the Chamber; a 1922 study by Alexander Fersman identified 85% of all exhibits to 1719-1855 (from Peter I to Nicholay I) and only 15% for the last three emperors.

Preservation, sales and looting of imperial treasures after the Russian Revolution of 1917 is a matter of controversy and speculation. The Imperial collection was moved from Saint Petersburg to Moscow during World War I; the Soviet Diamond Fund was officially established in 1922 (official site). The treasure was first exhibited to the public in November 1967. Originally a short-term show, in 1968 it became a permanent exhibition. 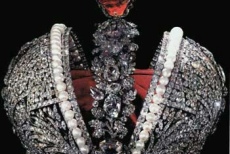 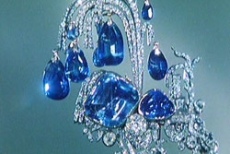 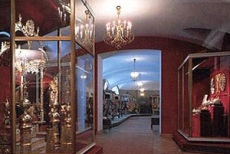 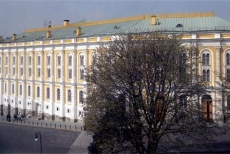