Opening days: The territory and museums-cathedrals of the Moscow Kremlin are open for visitors daily from 10 a.m. till 5 p.m., except Thursdays.

It is symbol of the Russian statehood, the residence of the President of Russia. The Museum which is situated on its territory has been included in the list of the World Cutural and Natural heritage of UNESCO. Ancient cathedrals such as the Assumption, the Archangel, the Annunciation, the church of the Deposition of the Holy Robe, Ivan the Great Bell Tower, the Faceted Palace along with the Patriarch's Ptions that alace of the 17 century with the church of Twelve apostles join later constructions that are the Arsenal, the Senate, the Great Kremlin Palace. The Tsar-Bell which has no equal in size in the world, and the Tsar-Canon, the most significant creation of Russian armourers, are also displayed in the Kremlin.

Entrance ticket: additional fee -4000 rubles for the group of 25 people 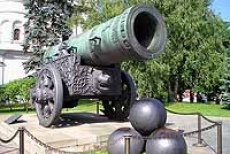 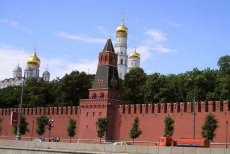 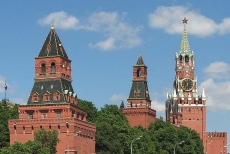 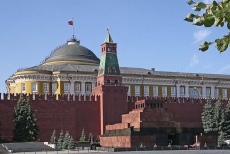