Walking into the grounds, the Church of the Icon of Our Lady of Kazan, the Church of Ascension, expositions of the Treasures of Kolomenskoe museum, Peter I wooden cabin.

The old estate at Kolomenskoe is one of the most picturesque and enjoyable of Moscow's out of town attractions and is an absolute must to see for those with an extra day to spare in the Russian capital.The estate is located on the steep West bank of the Moscow River, 10km southeast of the Kremlin and surrounded by 390 hectares of ancient forest land, which is now a conservation zone and one of UNESCO's World Heritage Sites. Kolomenskoe history begins in the 13th centuries, in the 16th century from the times of Ivan the Terrible it became a royal summer retreat.Within the grounds of the park a replica of the Wooden Palace of tzar Alexey has been built. In the 17th century it was renowned as a marvel of Russian carpentry. 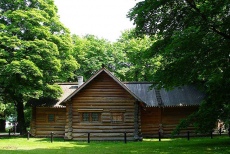 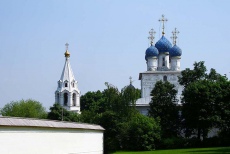 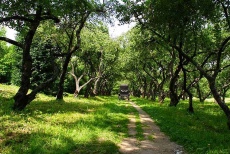 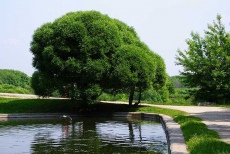