The museum was opened in 1962 right before the 150-year anniversary of the Borodinskaya Battle. In this museum there is a marble obelisk suspended over the grave of 300 Russian warriors who died of wounds received at the Borodinskoe battle field.

The Borodino Panorama is the only museum in Moscow completely dedicated to the war between Russia and France of 1812-1814 since its very beginning till collapsing of Napoleonic army. The highlight of the museum is a spectacular 115-meter-long circular painting depicting a critical moment of the Borodino battle, which occurred 120km from Moscow in August of 1812. Outside of the pavilion of the museum there is a statue of a Russian field-marshal Kutuzov, collection of cannons, an obelisk over the grave of 300 Russian warriors who died of wounds received at the Borodino battlefield.

Foreign tourists (children): 550 rubles (for the group of min 15 people)

Foreign tourists (adults): 550 rubles (for the group of min 15 people)

Russian tourists (children): 450 rubles (for the group of min 15 people)

Russian tourists (adults): 620 rubles (for the group of min 15 people) 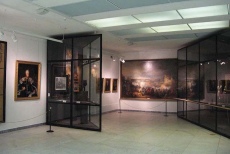 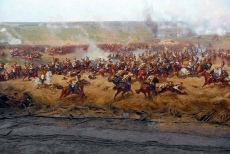 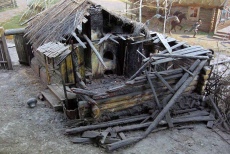 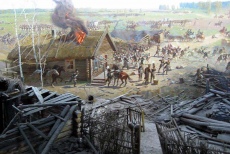