The Pushkin State Museum (the Pushkin Museum of Fine Arts)

The Halls of Egyptian, Assyrian, Babylonian art, The Greek and Roman rooms of sculptures casts,  Early-Christian Arts and the works of Italian and German Renaissance. Dutch paintings of the 17th century, including the works by Rembrandt, Flamish works by Rubens and Iordance, French art presented by the canvases by Poussen, Vatto, Boushe.

It was opened on May 31, 1912 as the Alexander III Museum of Fine Arts. The creation of the Museum was the life's work of professor I.V.Tsvetaev who intended to establish a museum of replicas under Moscow University. The replicas were to reproduce the most significant works of world sculpture and architecture. Even the Museum's building by architect R.I. Klein is some sort of an  architecture guide. The external portico represents a copy of the frieze "Olympic Games". A replica of the  Parthenon frieze "Panathenean Procession" is  behind the colonnade. "The Italian patio" where the extraordinary popular statue of David by Michelangelo stands was replicated from the patio  of the Florentine Palazzo Bargello. In the White Hall there is a replica of the frieze of the Temple of Athena Nike whereas the floor was replicated from the Roman Church San Paolo Fuori Le Mura. The Museum exhibits the collection of the Western art of 15th-20th centuries  that comprises first-class works by outstanding artists of France, Spain, the Netherlands, Flanders, Italy, Germany, and other countries. In the present the collection of French impressionists is the world's best. The Ancient Egypt section is almost completely made up of first-class originals. Now GMMI possesses the secound-largest collection of Western art in Russia after the Hermitage in St.Petersburg and ranks among the world's largest museums. 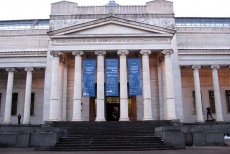 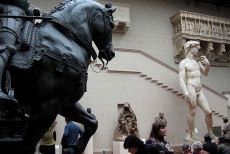 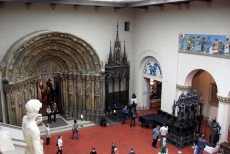 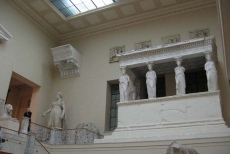 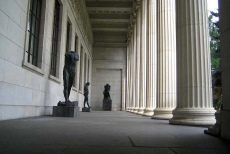 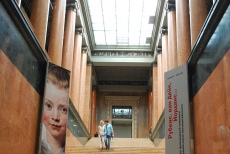 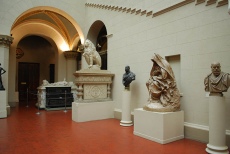 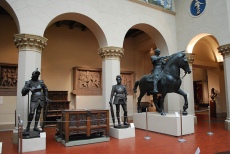 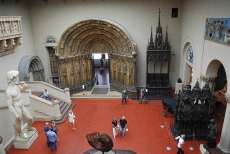 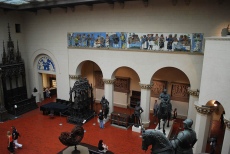