Founded in 1856 by Moscow marchant Pavel Tretyakov (1832-1898), the Gallery became the first public Art museum in Russia. Nowadays, the Gallery's Collection contains more that 125 000 work of painting, sculpture and graphics, created throughout the centuries by successive generations of Russian artists.

Old Russian paintings are on display: You will see portraits, sculptures from the 18century, genre paintings of 19 century, the itinerants, and the paintings of the 20th century (before 1910). If you are interested in modern art, you can visit Gallery

Portraits from the 18th century, realistic landscapes, historical and genre paintings of the 19th century, works of artistic unions of early 20th century. The rooms of icons can be visited on request.

The Tretyakov Gallery houses one of the world’s largest collections of Russian art and is named after its founder Pavel Tretyakov. It comprises the entire spectrum of Russian works from icons of X-XVII centuries to early XX century works of different genres.  The collection contains more than 130,000 exhibits, ranging from Andrei Rublev's Trinity and Imperial portraits to works of the period of Critical realism and Russian Impressionism.

For those interested in 20th century art a tour in the New Tretyakov Gallery can be offered. It displays the works covering the period from 1900-s of the Russian avant-garde (Kandinsky, Malevich, Shagal) till our days. 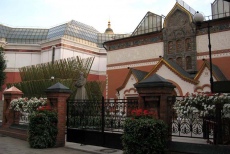 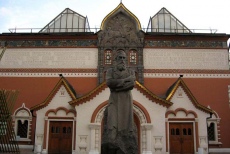 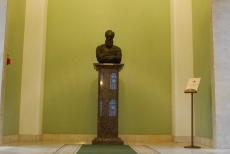 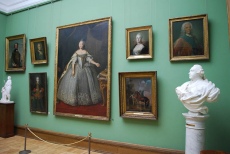 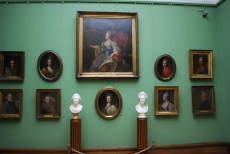 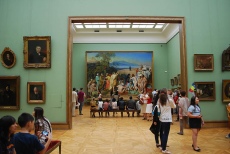 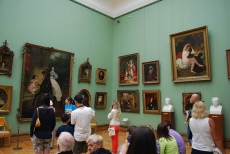 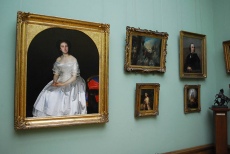 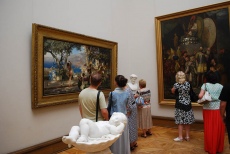 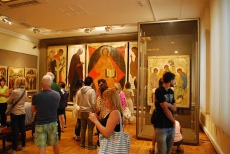 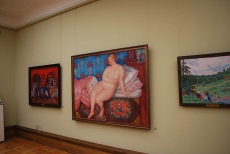 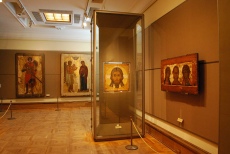